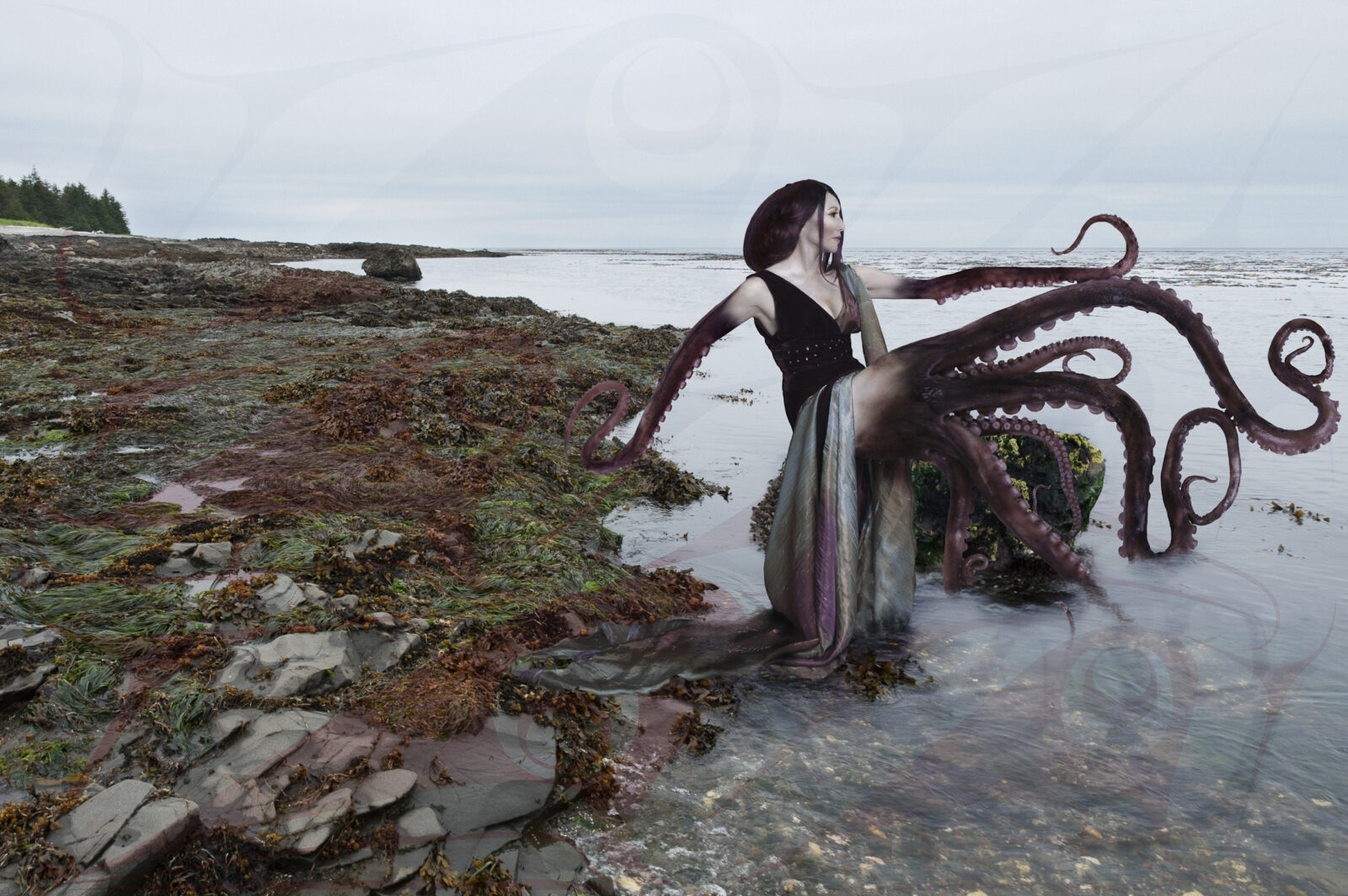 Naw Jaada|Octopus Woman explores the legal concept of the occupation of land and sea. Indigenous Title predated and survived the Crown’s assertion of sovereignty and has not been extinguished. It is represented by the positive spaces in Robert Davidson’s abstract Haida design. The Crown’s assertion of title is illustrated by the negative spaces, reflecting the legal fiction of the doctrine of discovery and terra nullius that attempts to dispossess Indigenous Peoples of Indigenous Title.

Naw Jaada is in a state of transformation. In nature, octopuses become red in colour to signal aggression. Her red colour indicates her willingness to engage in battle. Seemingly peaceful and calm, she asks us: “Do Canadian citizens really want their governments to continue to deny legal recognition of Indigenous Title?” Naw Jaada reminds us to focus on future generations as we re-conceptualize how to manage human use of the land and sea.