Kanien’kehà:ka / English heritage, Member of Tyendinaga - Mohawks of the Bay of Quinte 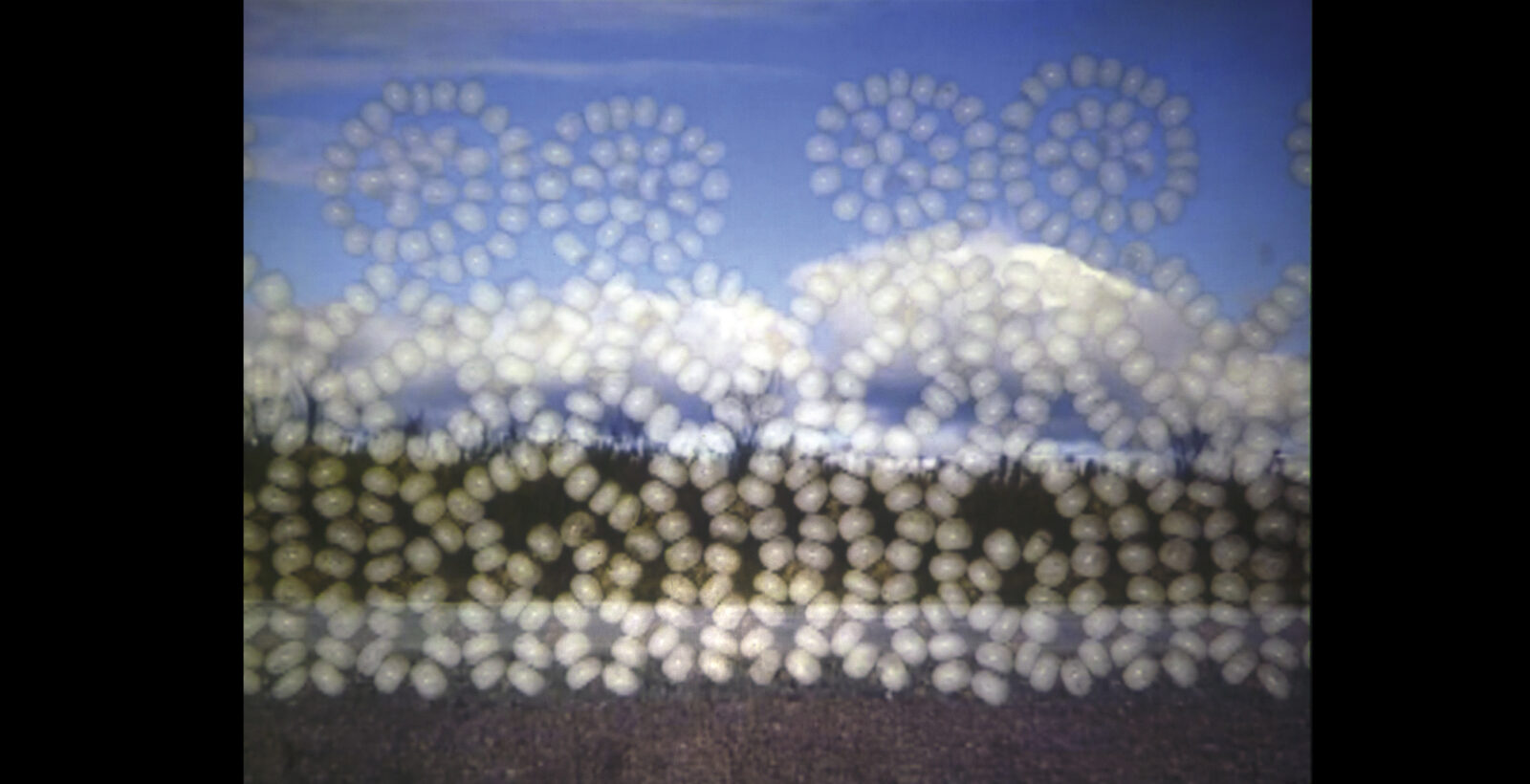 The day I filmed this part of repeat along the border, the landscape lined up perfectly. The layered visuals usually represented in Haudenosaunee beaded borderwork were before me: the road became the horizontal line of life; the roadside ditch was the underworld below; the fields sat above, with Skyworld’s rounded clouds at the top.

In my video, white beaded forms descend from the sky into this space. In this still, the forms halt just as they become “embeaded” in the land. To me, the repeating beaded motif is like people joined together in a continuous line, reminding me of the question: “From what clay are you made?”

The beadwork originates from a woman’s leggings in the McCord Museum’s archive. The road scene was shot at Tyendinaga, my grandfather’s community, of which I am a member. These elements unite and embody relationships between beadwork and memory and complexities of place, time and identity.