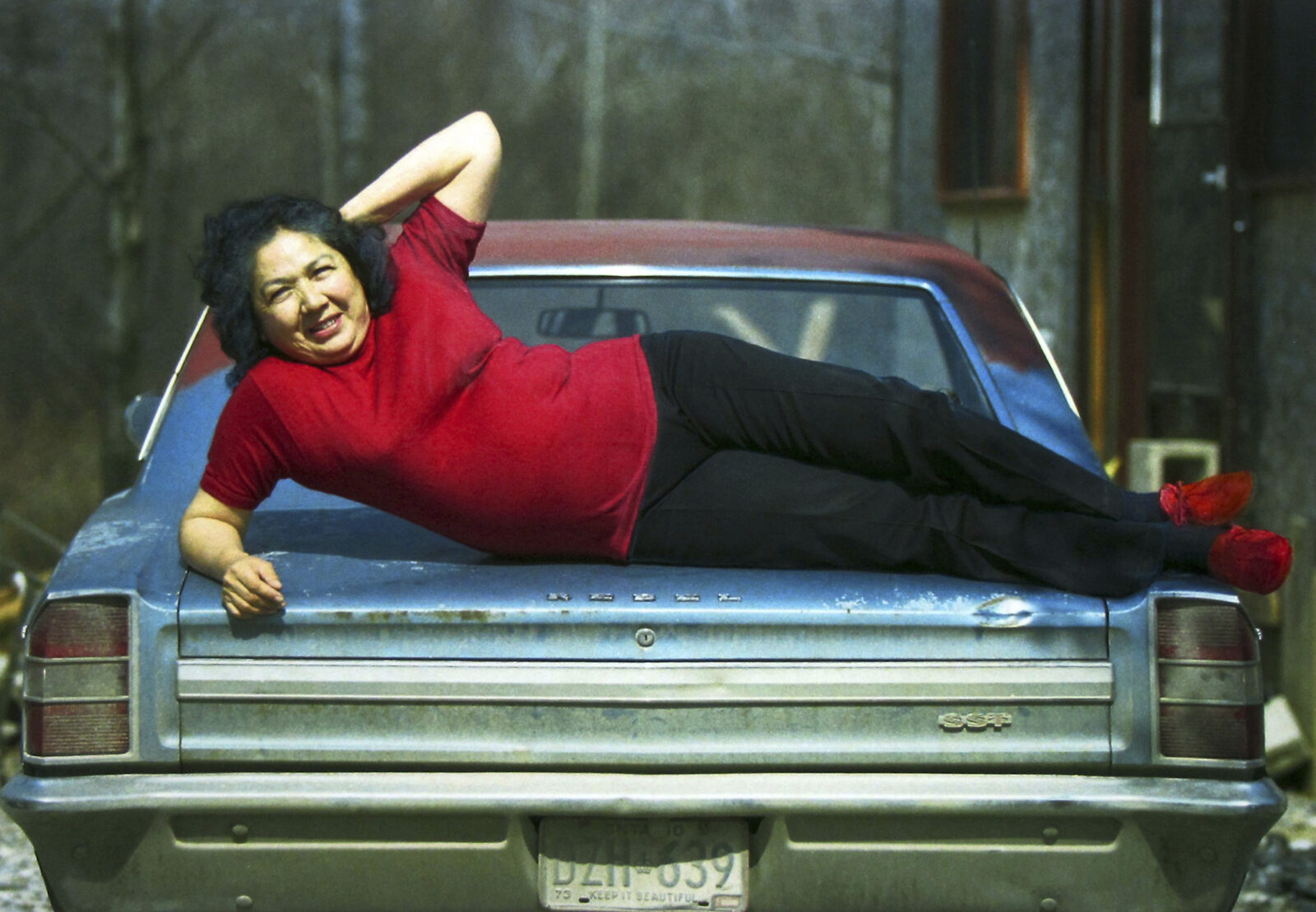 I took this photograph of my mother, June Chiquita Doxtater, in 1982. She was always willing to participate in any project I was working on. When I took out my camera, I suggested to my mom that she get on the car, which is an American Motors auto with the word “Rebel” imbedded in the trunk lid. Spontaneously she got on the car and stretched out provocatively. This was all done in fun. She was proud of the way she looked and took every opportunity to celebrate her femininity. As the years passed, this photograph was included in many exhibitions. One of the first was Changers, an exhibition featuring 10 Indigenous women artists, in 1989. Whenever I look at this photograph, I am immediately taken back to that warm spring day. Little did we know that this image of my mother would be instrumental in my career.