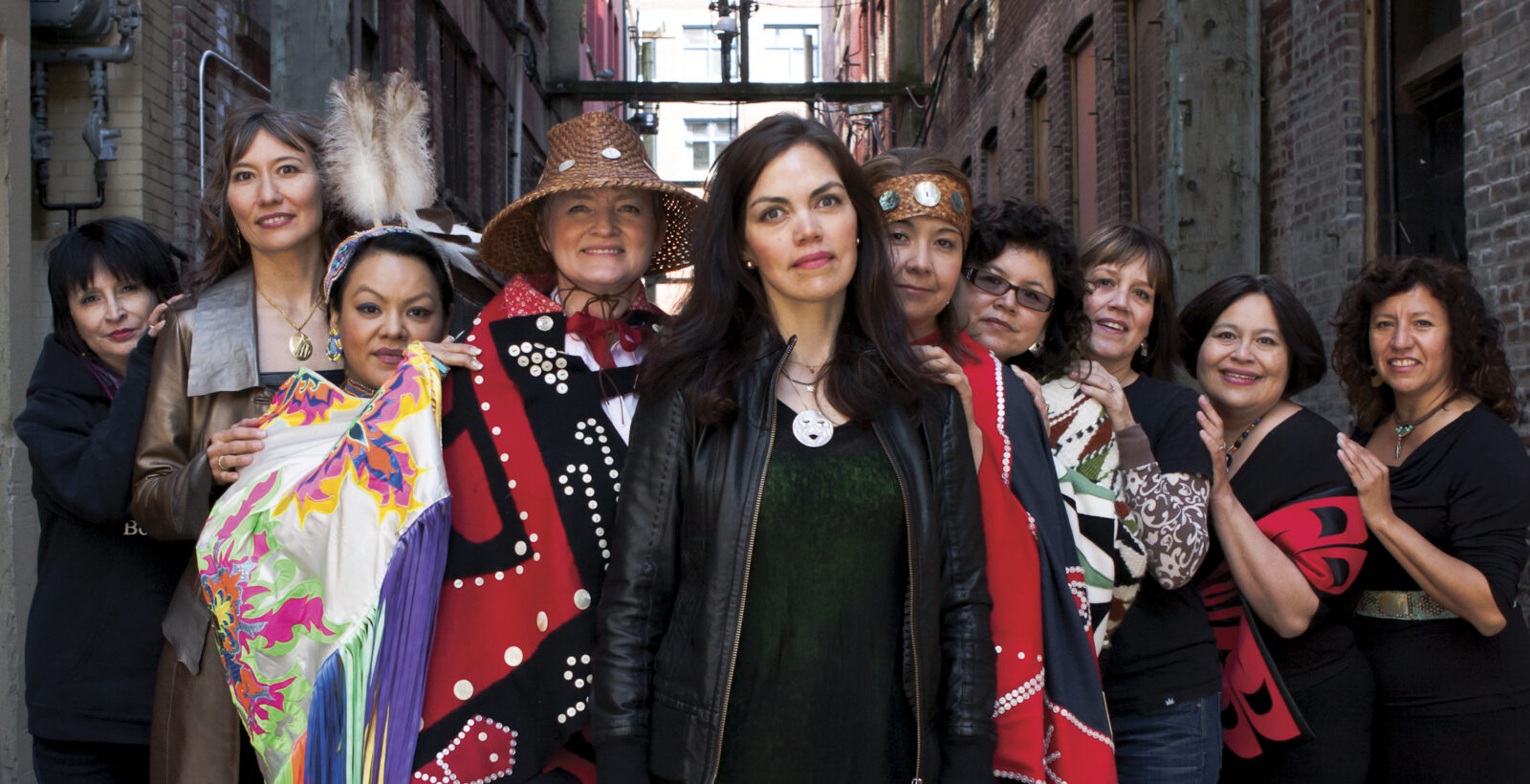 Concrete Indians is an open-call portraiture series started in 2008 that focuses on reflections of contemporary Indigenous identity and decolonization. Many portraits are of people in full or partial traditional regalia at major recognizable intersections and neighbourhoods in cities throughout Canada. Several portraits convey unity and solidarity among our own people, while others are personal reflections and expressions of decoloniality; all are assertions of the strength of Indigenous culture and identity through resurgent acts of resistance and the reclamation of Indigenous space(s).