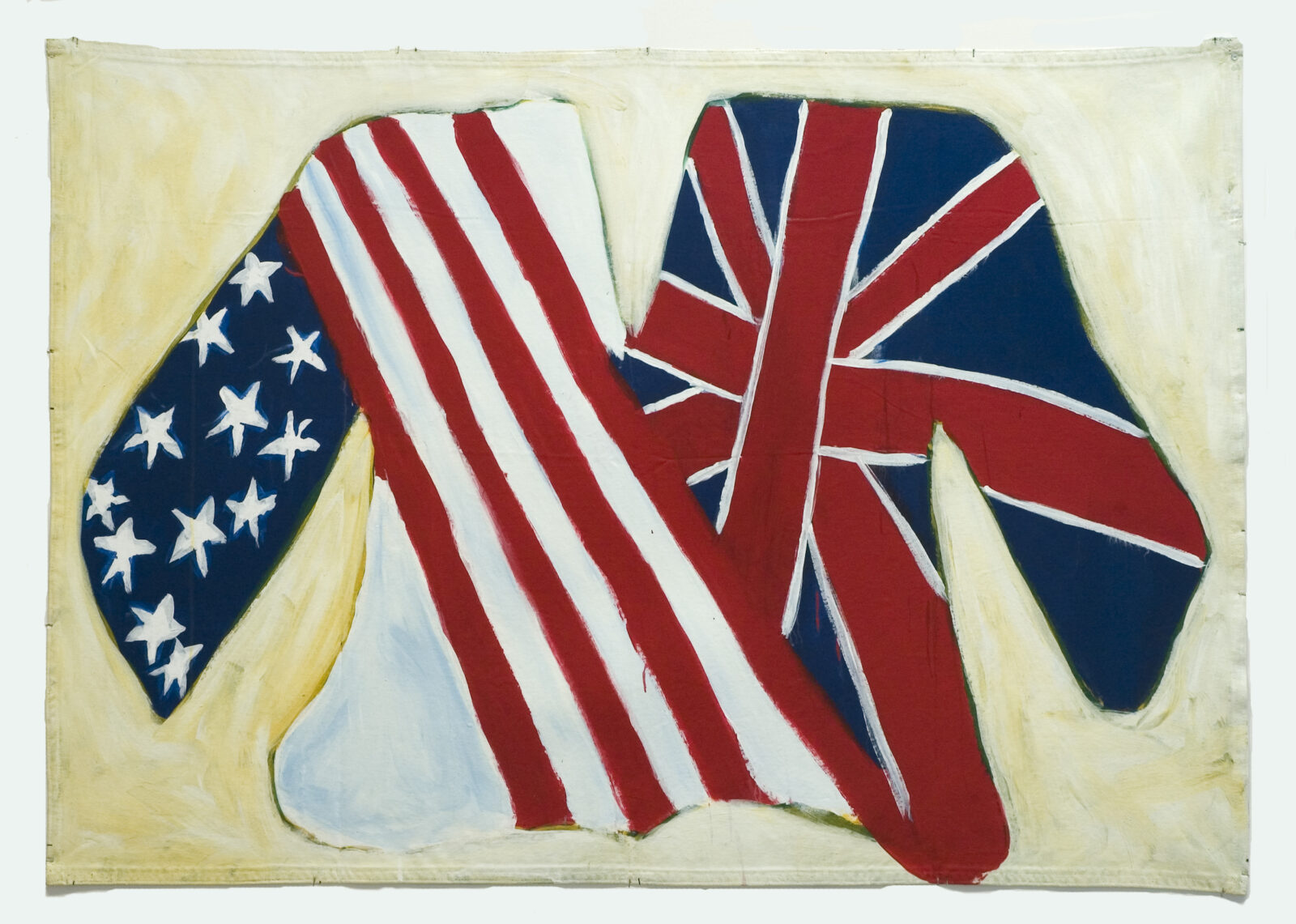 I painted this dress as part of my Ghost Dance series. For me the dress was a way to visualize concepts, history and the essence of people. In Treaty Dress, I wanted to remind people that we used to live in North America before there was an invisible line drawn on the land. As Indigenous people, we mainly moved north and south, and with this border we were no longer allowed free movement. By combining the flags of the Union Jack and the United States, I wanted to remind people of the countries that made the treaty.

I travelled throughout Saskatchewan as part of the Artist in Schools program of the MacKenzie Art Gallery. I remember that the students really liked this piece. When I would ask them why, they said that Vanilla Ice had a jacket with the American flag on it! I wonder how many people remember Vanilla Ice before he became a renovator!