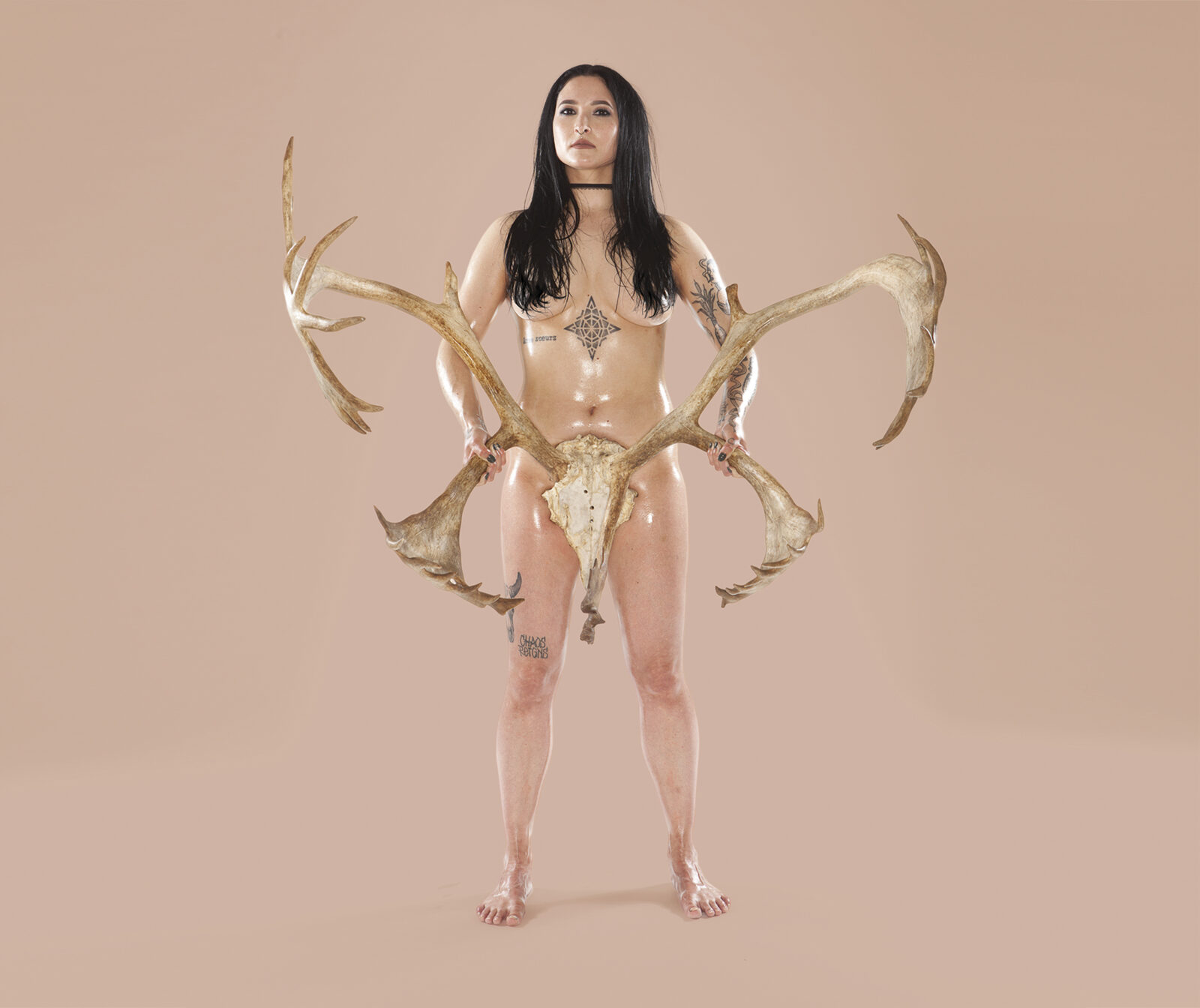 In today’s culture, trans, non-binary, and women-identified individuals often lack power over their own sexuality. This occurs through misrepresentation, objectification, and violence against us in various media, even hunting magazines. Sport hunting uses language that is violent and oppressive to us as well as to animals. In their essay “Animals, Women, and Weapons: Blurred Sexual Boundaries in the Discourse of Sport Hunting” from 2004, Kalof, Fitzgerald and Baralt conclude that “Animals’ physical attributes are described using stereotypical feminine characteristics of appearance.” An example is the use of “Big’uns” to describe an animal’s antlers. This type of language usage plays a key role in disempowering our sexuality.

Big’Uns is an ongoing photographic portrait series that explores reclaiming sexuality and our bodies. By repossessing antlers in this way, we aim to demonstrate a reclaiming of power for trans, non-binary, and women-identified individuals and how we choose to be seen.