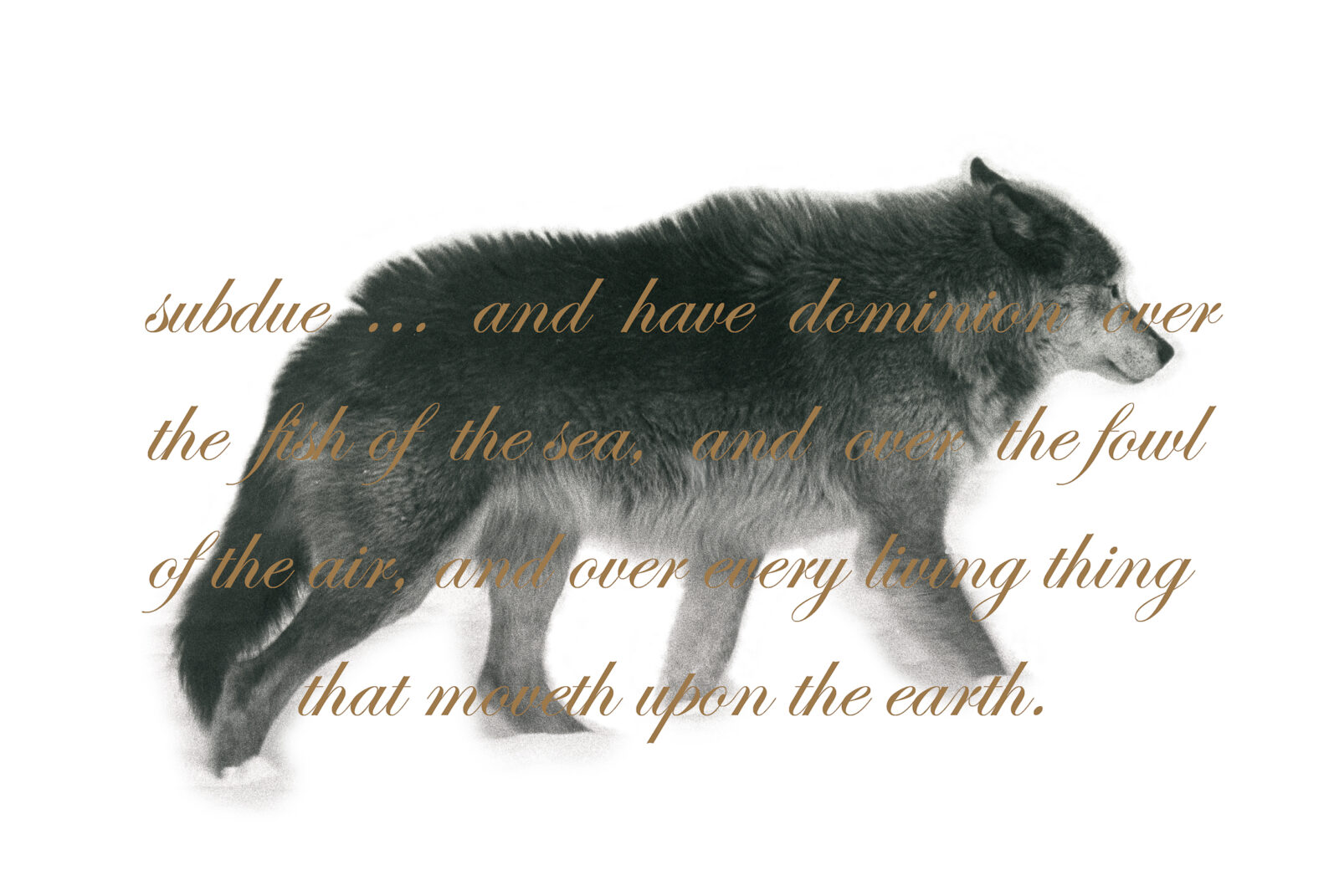 Notions of authority and control are prominent in the considerations of Dominion. The quote, super-imposed over a wolf in mid-stride, is derived from the Book of Genesis, a portion of the Bible which delegates to man the right to rule over the earth and all of the animal kingdom. Many have interpreted this as a call to responsible stewardship, and with it a quest for knowledge and understanding ... others have taken it as their carte blanche to do with the planet as they wish.

The wolf featured in the photograph was the alpha female of a pack that resides at the Haliburton Wolf Centre in Ontario. Counter to some depictions of the wolf as a ravening menace or a noble savage, she maintains a somewhat contemplative demeanour. Secure in her position as a sovereign entity, she continues on her way ... a path that is marked by self-determination and strength, characteristics she has both learned, and earned, as the matriarch of the pack.