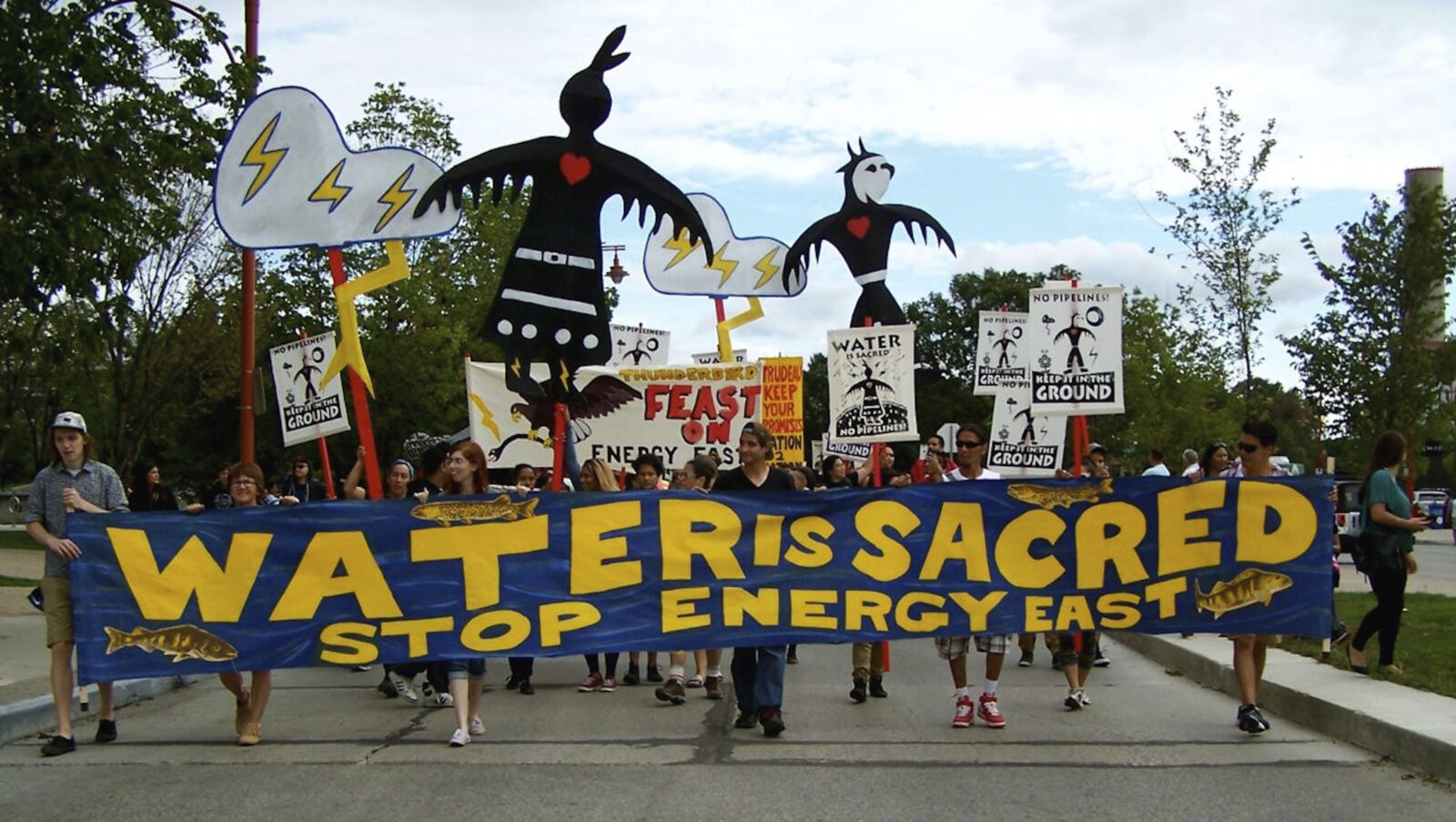 “Mni Wiconi, Water Is Life” is the focus of this image.  Our water is a gift given to us by the Creator.  Our lives would be endangered without it.  The Forks, located in Winnipeg, Manitoba, is where the Assiniboine River intersects with the Red, a historical locale known as the Meeting Place for thousands of years, and what better place to converge with the No Dakota Access Pipe Line (NoDAPL) Water Protectors.

The protest banners and images of Thunderbird Woman influenced by rock art pictographs and creatively disseminated by Christi Belcourt (Métis), Isaac Murdoch (Anishinaabe) and Erin Konsmo (Métis/Cree), founding members of the Onaman Collective, had contributed a visual language for all in this protest who believe that we will never give up our relationship with the Land and Water. Through photography, this campaign had provided me with an opportunity as well to creatively render my own visual idiom.