Mentoring Artists for Women’s Art (MAWA) is a Winnipeg-based artist-run centre that encourages the intellectual and creative development of women-identified visual artists by providing education and critical dialogue. Over the course of more than three decades, it has built a thriving, intergenerational community, devoted to shared knowledge and resources.

In MAWA mentorships, senior women artists share their experience and expertise with developing women artists in a learning experience that is nothing short of transformative. MAWA also provides multiple learning opportunities for people of all genders, such as artist talks by local, national and international artists, discussion groups, workshops in particular artistic skills, professional development workshops, lectures on a variety of topics, critical writing opportunities, studio visits with established curators, film screenings, field trips, an artist in residence program, a resource centre/lending library and more. MAWA also undertakes large projects, such as Resilience and the recently released Desire Change: Contemporary Feminist Art in Canada, the first book of it kind. All programming is low-cost or free.

MAWA gives visual artists at all stages of their careers the tools to challenge themselves and to develop their professional aspirations. MAWA inspires reflection upon issues of equality for all. MAWA is an accessible, welcoming space for rigorous, active art engagement.

Through its activities, MAWA has supported some of the most established artists in the country and continues to foster generations of artists and art-lovers to come. 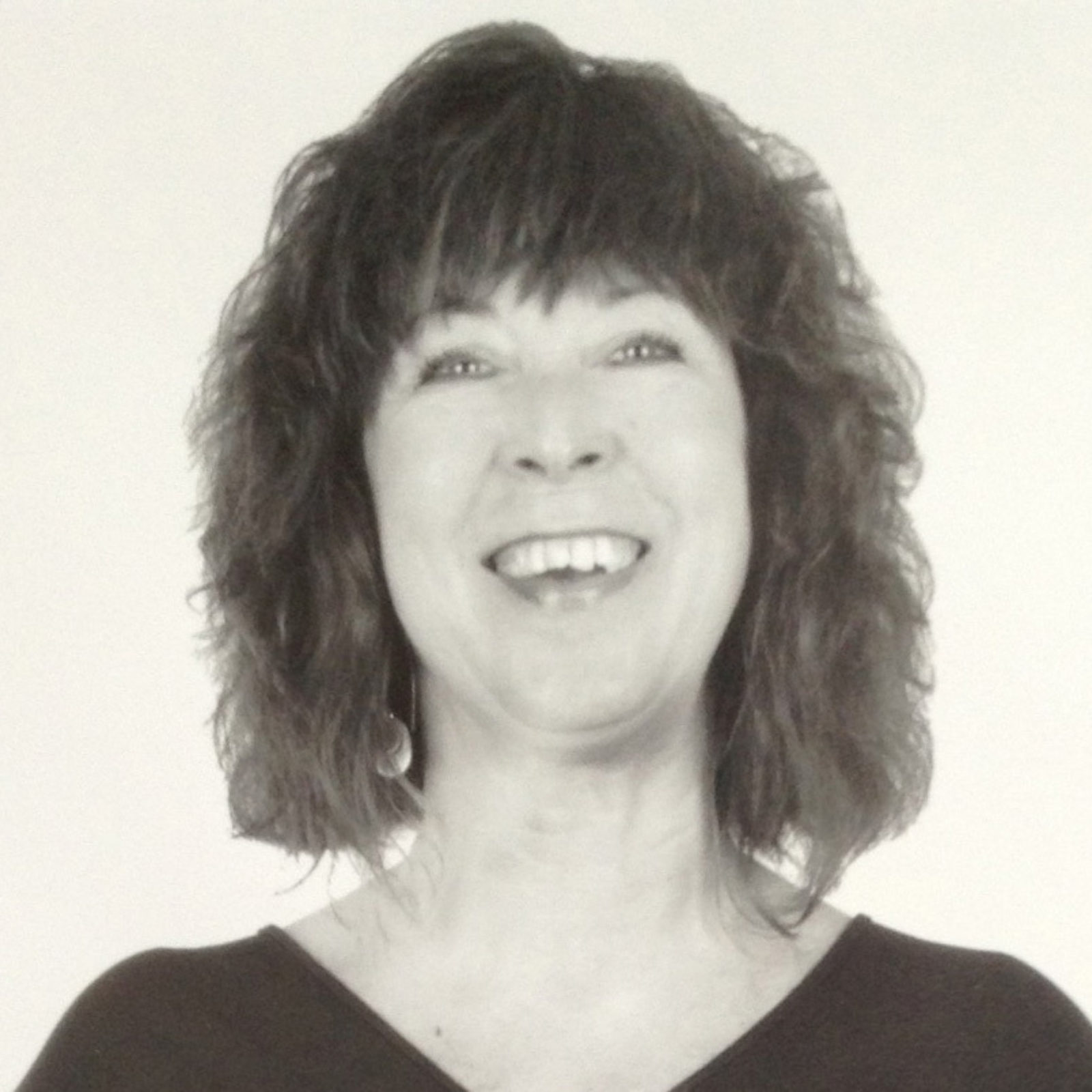 Lee-Ann Martin is an independent curator of contemporary Indigenous art living in Ottawa, Ontario. She is the former Head Curator of the MacKenzie Art Gallery in Regina, Saskatchewan and the former Curator of Contemporary Aboriginal Art at the Canadian Museum of Civilization in Gatineau, Quebec.  Martin’s numerous curatorial projects include the international co-curated exhibition, Close Encounters: The Next 500 Years for Plug In Institute of Contemporary Art in Winnipeg, Manitoba and the nationally touring exhibitions, Bob Boyer: His Life’s Work, for the MacKenzie Art Gallery, Regina, Saskatchewan, Au fil de mes Jours (In My Lifetime) for the Musée national des beaux-arts du Québec in Québec City, Québec,  and Alex Janvier: His First Thirty Years, 1960-1990 for the Thunder Bay Art Gallery, Thunder Bay, Ontario and INDIGENA: Perspectives of Indigenous Peoples on 500 Years, with Gerald McMaster, for the Canadian Museum of Civilization, Gatineau, Quebec, which toured internationally. Martin has curated, written and lectured extensively on contemporary Indigenous art both nationally and internationally for more than twenty-five years.  Her writing has been published by Oxford University Press, University of Washington Press, Banff Centre Press, National Museum of the American Indian, Douglas & McIntyre, and the National Gallery of Canada, among others. 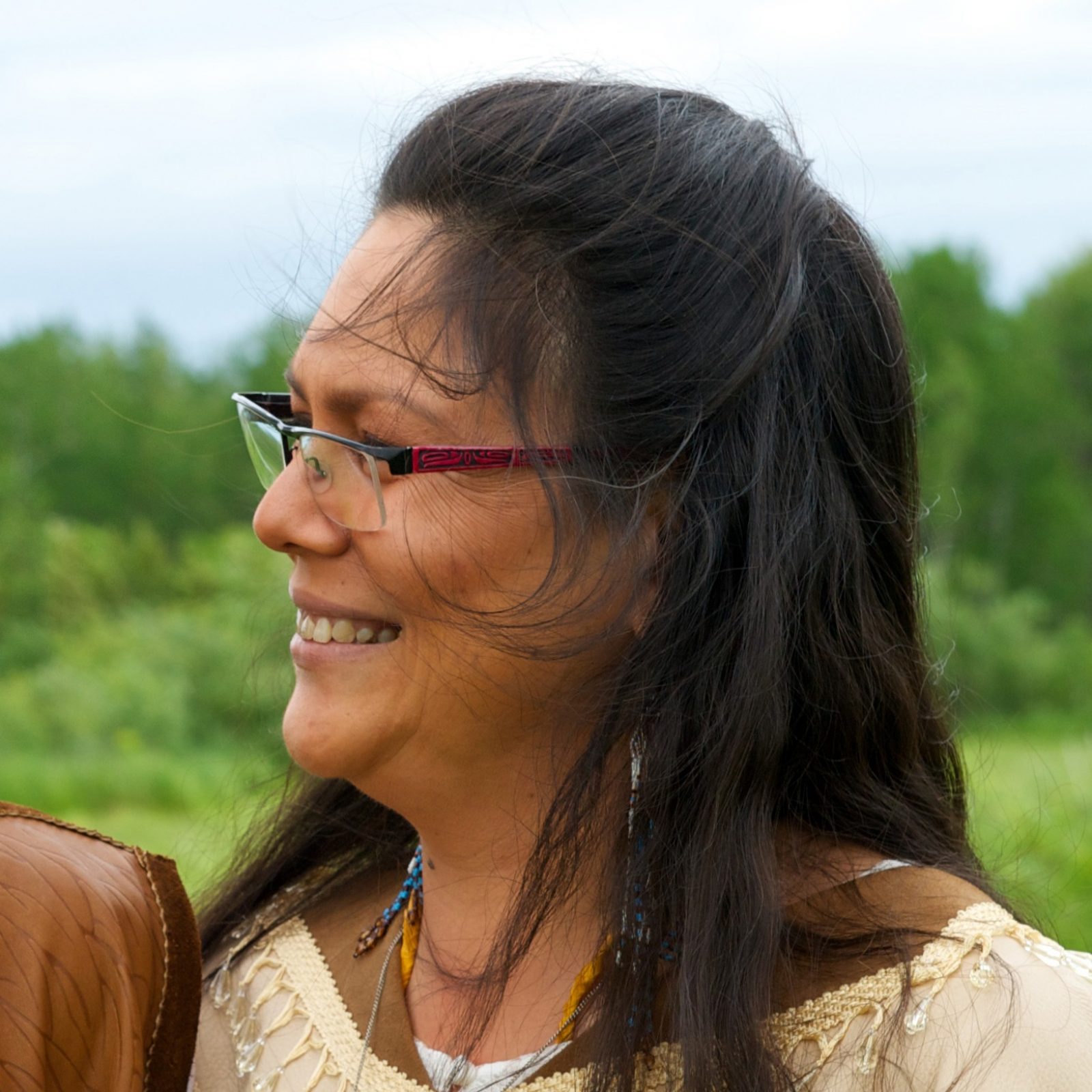 Ko’ona is an Anishinaabe-kwe member of the Bizhiw doodem (Lynx Clan) from Peguis First Nation, where her father Walter George Cochrane was integral in the reclamation of Indigenous cultural practices prior to her birth in 1970. She had until fall 2016 resided in the North End of Winnipeg for thirteen years, where she worked strengthening and supporting Indigenous families and children. Ko’ona has been sharing her Indigenous teachings for over twenty years, through traditional family parenting education and hand drumming. Last year life changed dramatically for Ko’ona, June 21her father’s birthday, she married Ivon Saber multi-talented land developer. They now spend their time between properties on the shores of east Lake Winnipeg near Hollow Water First Nation and winters in Yaqan Nukiy Territory of southern British Columbia. 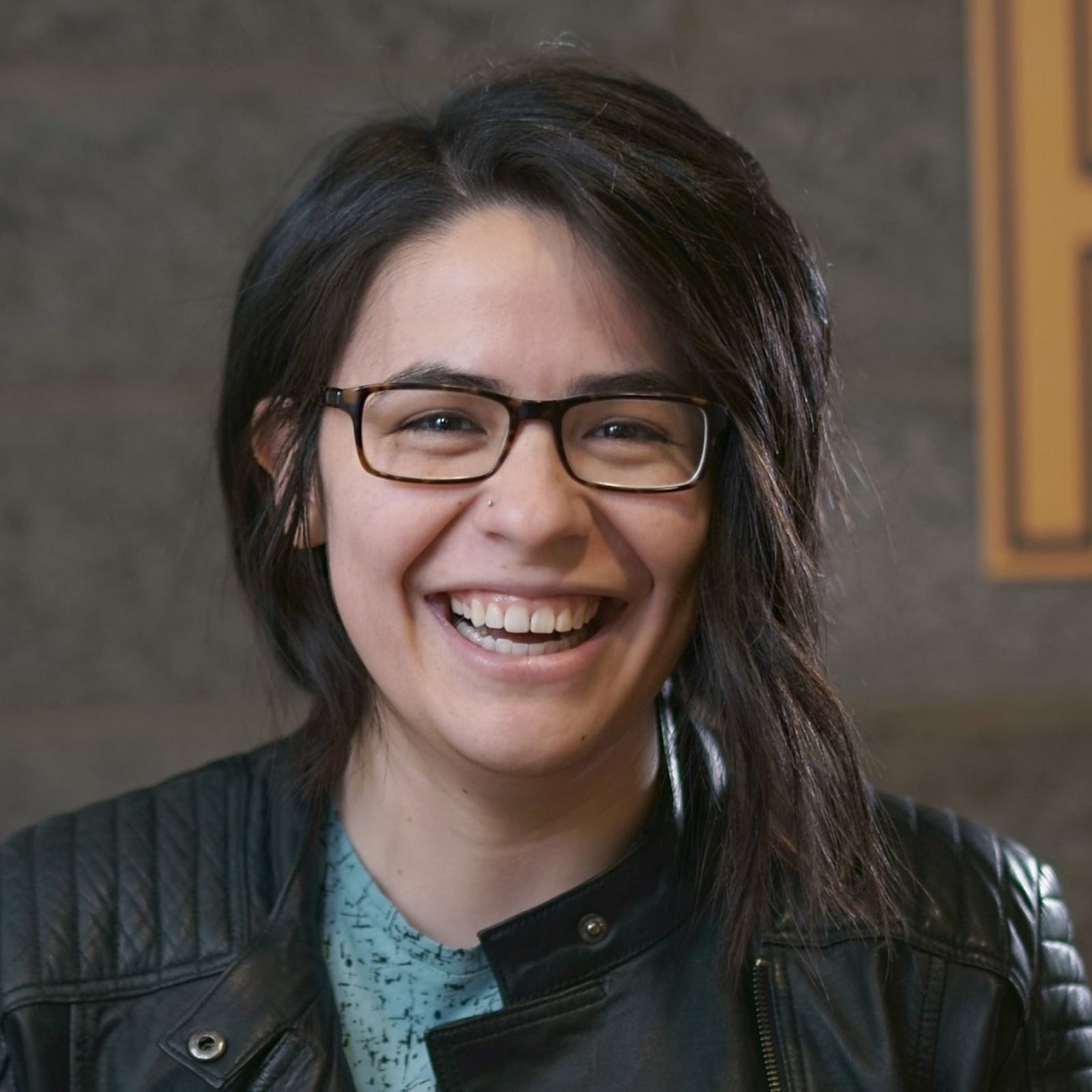 Jacquelyn Cardinal is Sakāwithiniwak from the Sucker Creek Cree First Nation and the Co-Founder and Managing Director at Naheyawin, an Edmonton-based consulting firm specializing in Indigenous knowledge and design. In addition to building capacity to help Indigenous businesses succeed, Naheyawin aims to assist non-Indigenous business and organizations in better engaging with their First Nations, Metis, and Inuit audiences. In the past year, Jacquelyn has worked with clients such as xREDx Talks, the World Trade Centre, and the University of Alberta. 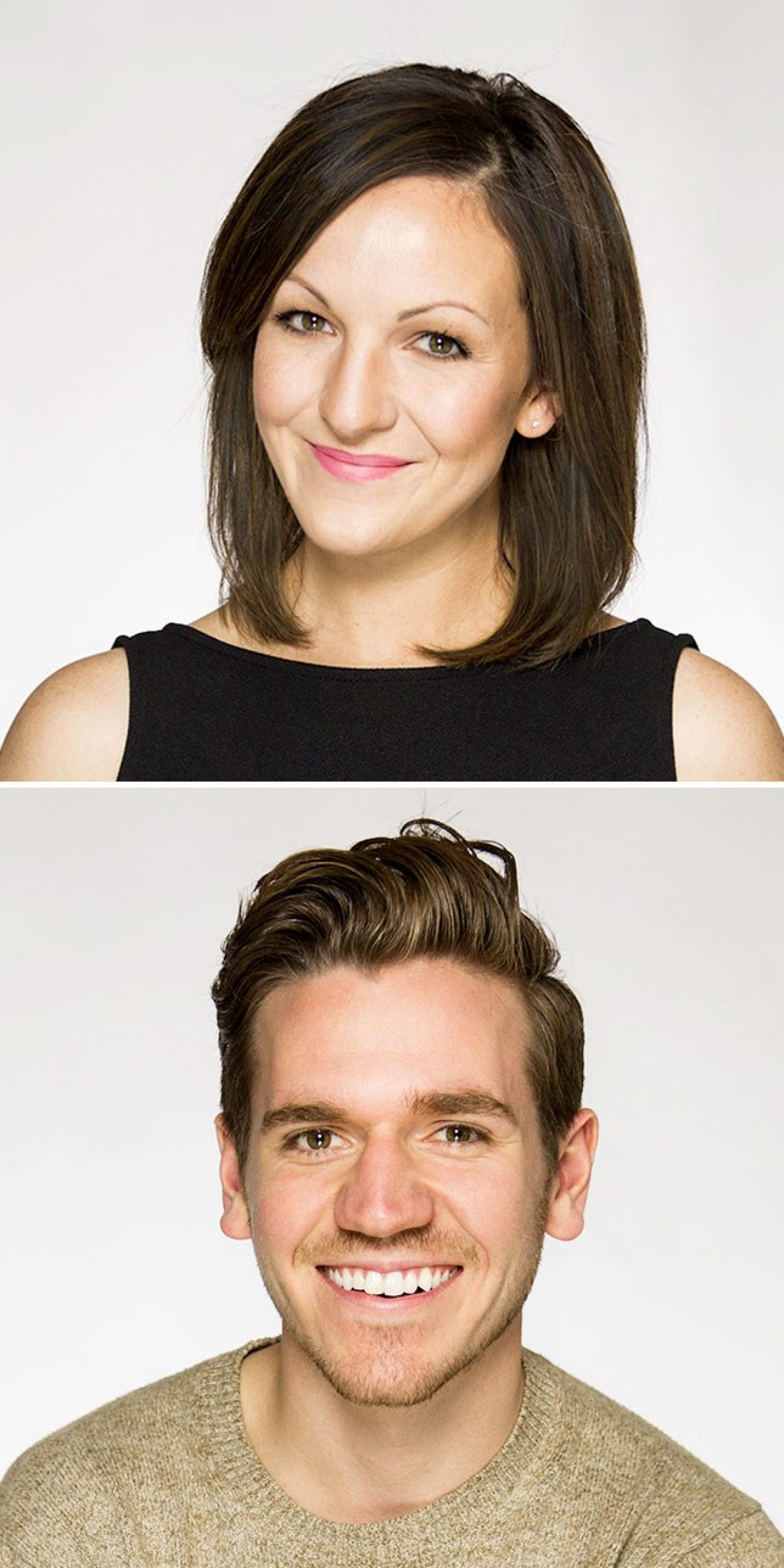 Wookey Films was co-founded by Jérémie and Janelle Wookey, a Franco-Métis brother-sister filmmaking team born and raised in the Canadian prairies. Since 2013, WF has been producing English, French and Indigenous language documentary programming for CBC, Radio-Canada, APTN and Unis TV/TV5. With every project, WF’s objective is to tell stories that contribute to building stronger bridges between Canadians, promoting a deeper level of understanding and empathy through smart, entertaining content. 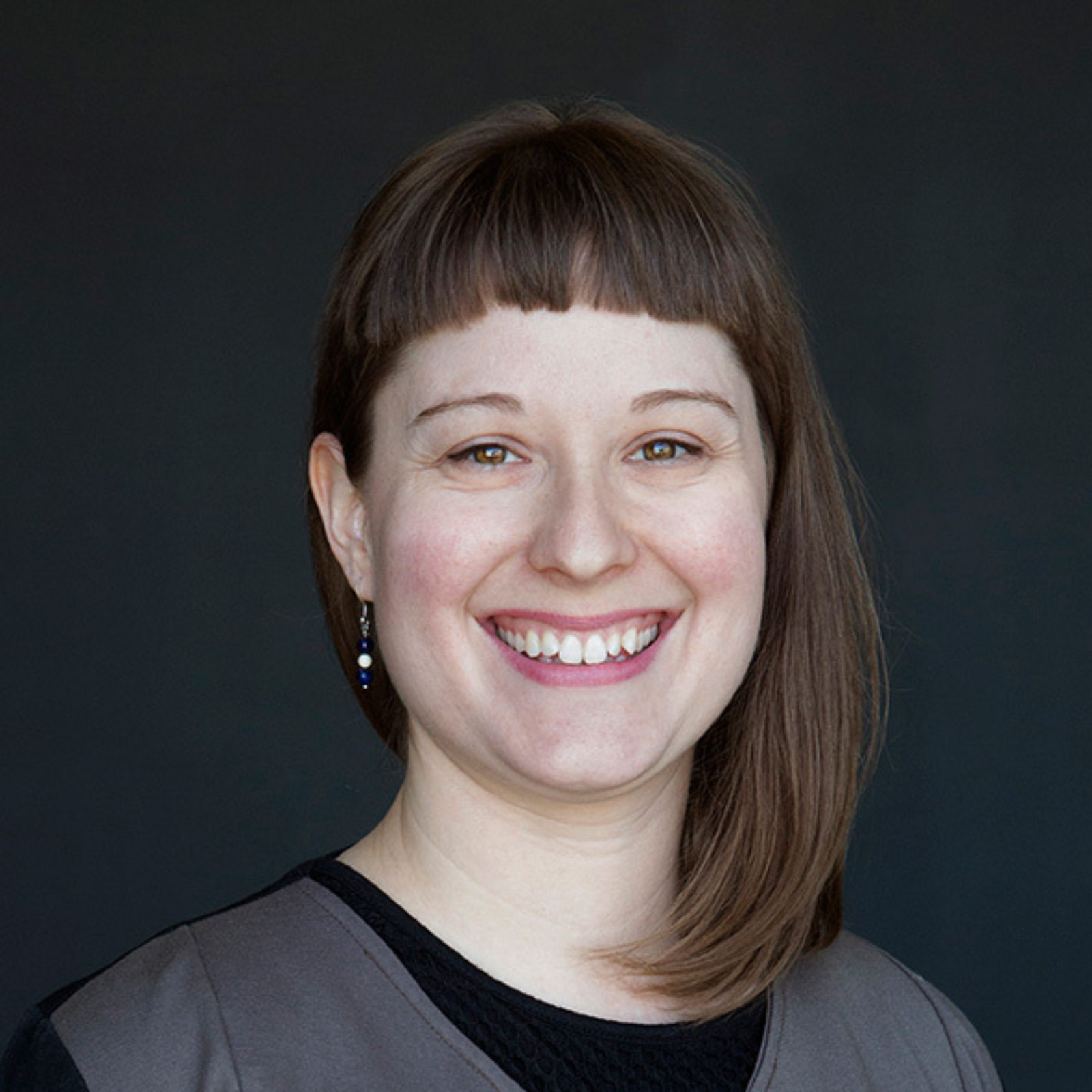 Lindsey Bond is a lens-based Artist, Project Facilitator, and Mother from Edmonton, Alberta. Bond has worked in diverse communities across Canada and is currently based out of Winnipeg, Manitoba on Treaty 1 Territory. As Indigenous ally and accomplice, Bond focuses her time between creating socially-engaged art projects and working as the Photography Technician at the School of Art, University of Manitoba. Her projects often take shape through street-level photographs, video installations, and books that explore memory, re-contextualize daily movement and navigate pathways between Indigenous and non-Indigenous communities. Bond has previously worked with MAWA in a variety of capacities, including coordinating MAWA’s 30th Anniversary city-wide celebration of Manitoba women Artists. More recently, Bond had the pleasure of working with seven youth on a Winnipeg Arts Council, Youth WITH ART Community Arts Project to Imagine Home and was a Guest Artist on Jumblies Theatre Train of Thought. 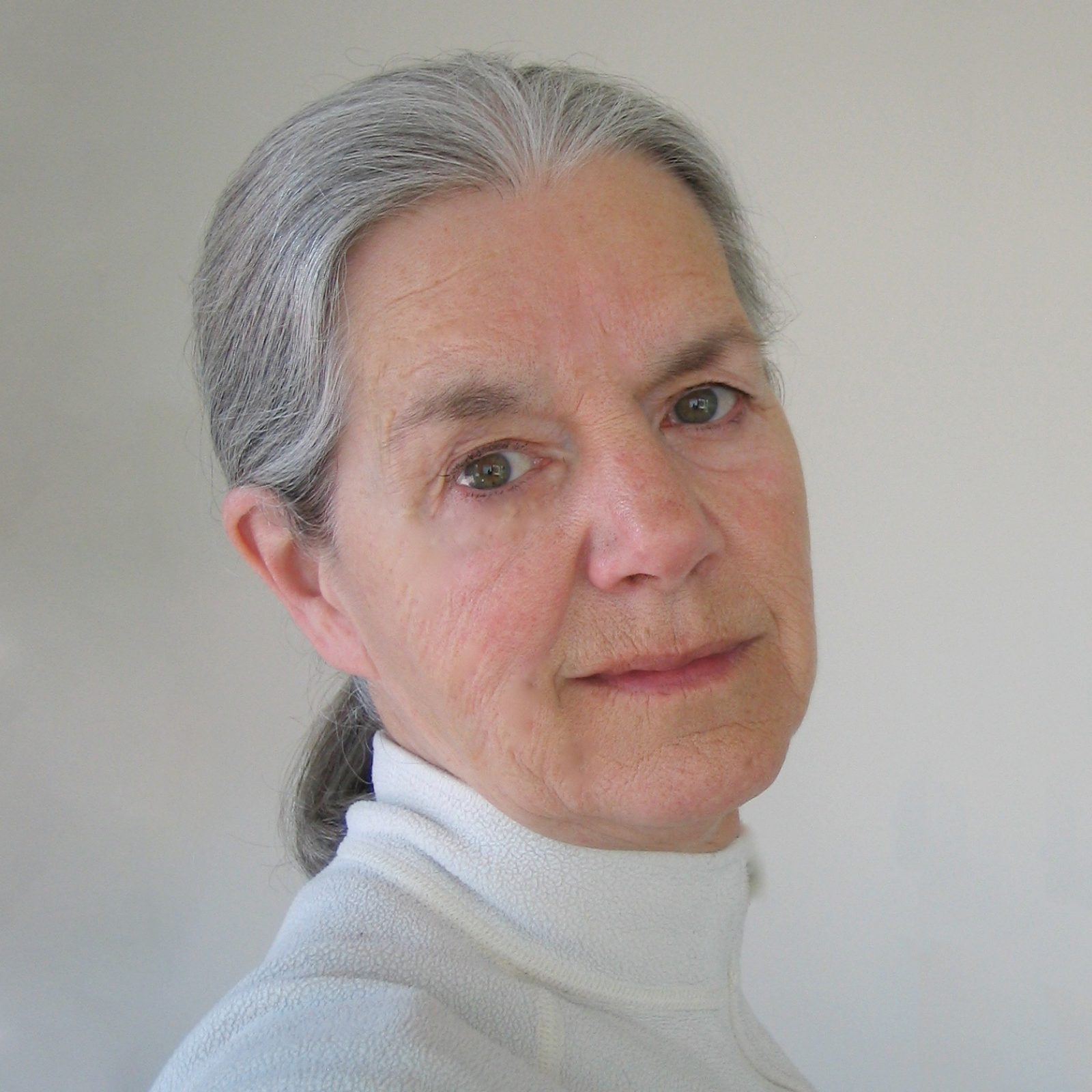 Sue Stewart is a literary translator, arts researcher and writer. Her lifelong engagement with the arts has encompassed administration for various levels of government as well as for arts organizations, in book and magazine publishing, theatre and film. She organized Canada’s first international women’s film festival, Cinémama, with Montreal’s La Centrale galerie Powerhouse and the Cinémathèque québécoise. She is the former Book Publishing Support Officer for the Canada Council for the Arts. With a French-language education In Quebec and experience working in Francophone, Anglophone and bilingual communities, she has maintained a parallel career as the translator of poetry, fiction and non-fiction, film subtitling and theatre surtitling, as well as much work in the arts sector on materials for dance, literary, media and visual arts. She holds a B.A. in Communications, summa cum laude, and an M.F.A. in Creative Writing from UBC.

Brigitte Haguès is a self-employed translator. After having taught French in all its forms at the University of Regina for more years than she cares to admit while translating on a free-lance basis, she now devotes herself to translation full-time. Among her clients are various companies and organizations from Saskatchewan and Regina, among them Viterra, Federated Co-operatives Limited, the University of Regina’s Cité universitaire francophone and the MacKenzie Art Gallery. Her past assignments include translating educational materials for the television series “Incredible Story Studio” and “Renegadepress.com,” as well as coordinating translation for the ArtSaskwebsite. As a translator of visual arts texts, she contributed to the catalogue for the exhibition Bob Boyer: His Life’s Work, and collaborated with Françoise Stoppa on catalogues for Wilf Perreault: In the Alleyand 7: Professional Native Indian Artists Inc.She is a CTTIC-certified member of the Association of Translators and Interpreters of Saskatchewan. 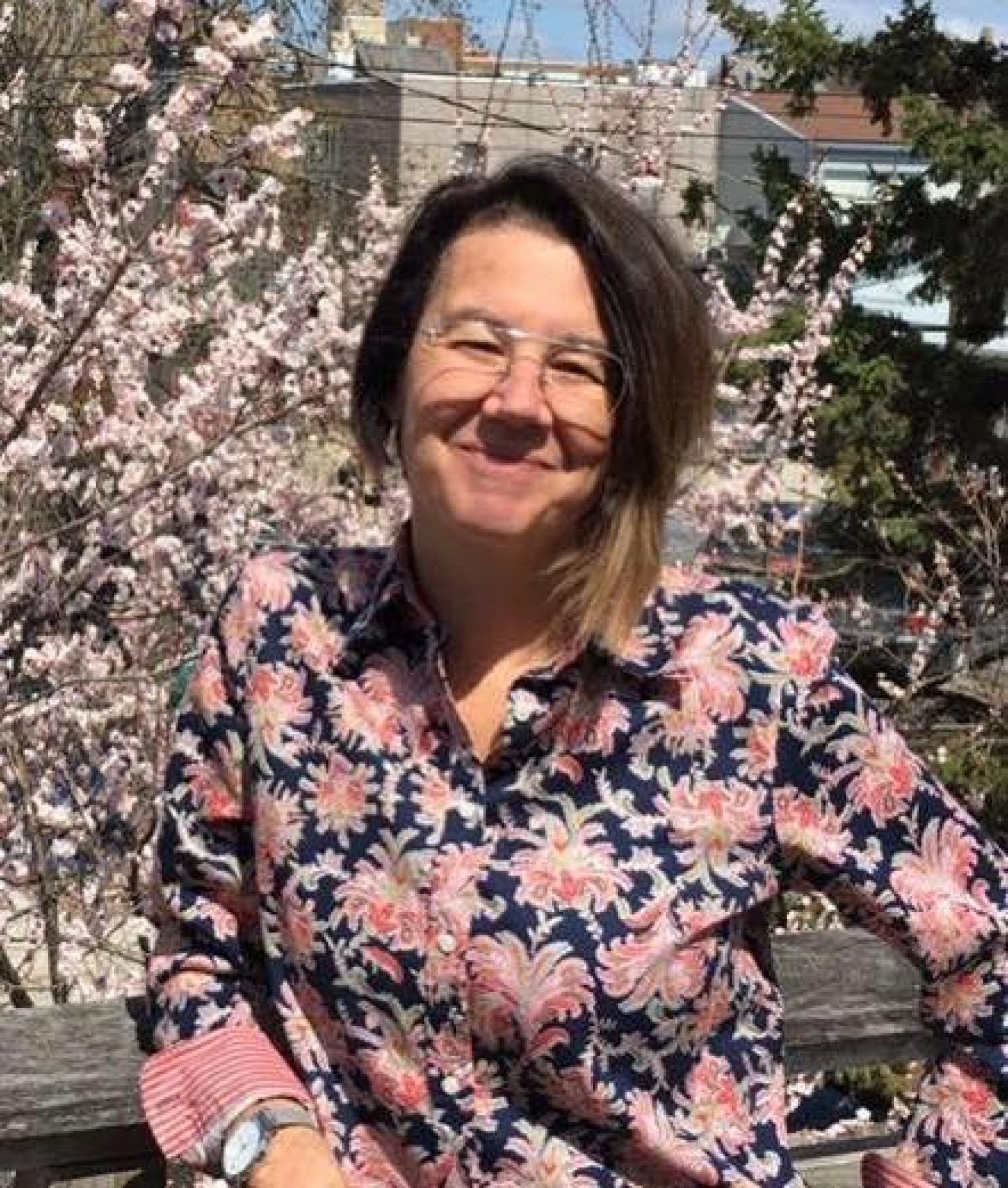 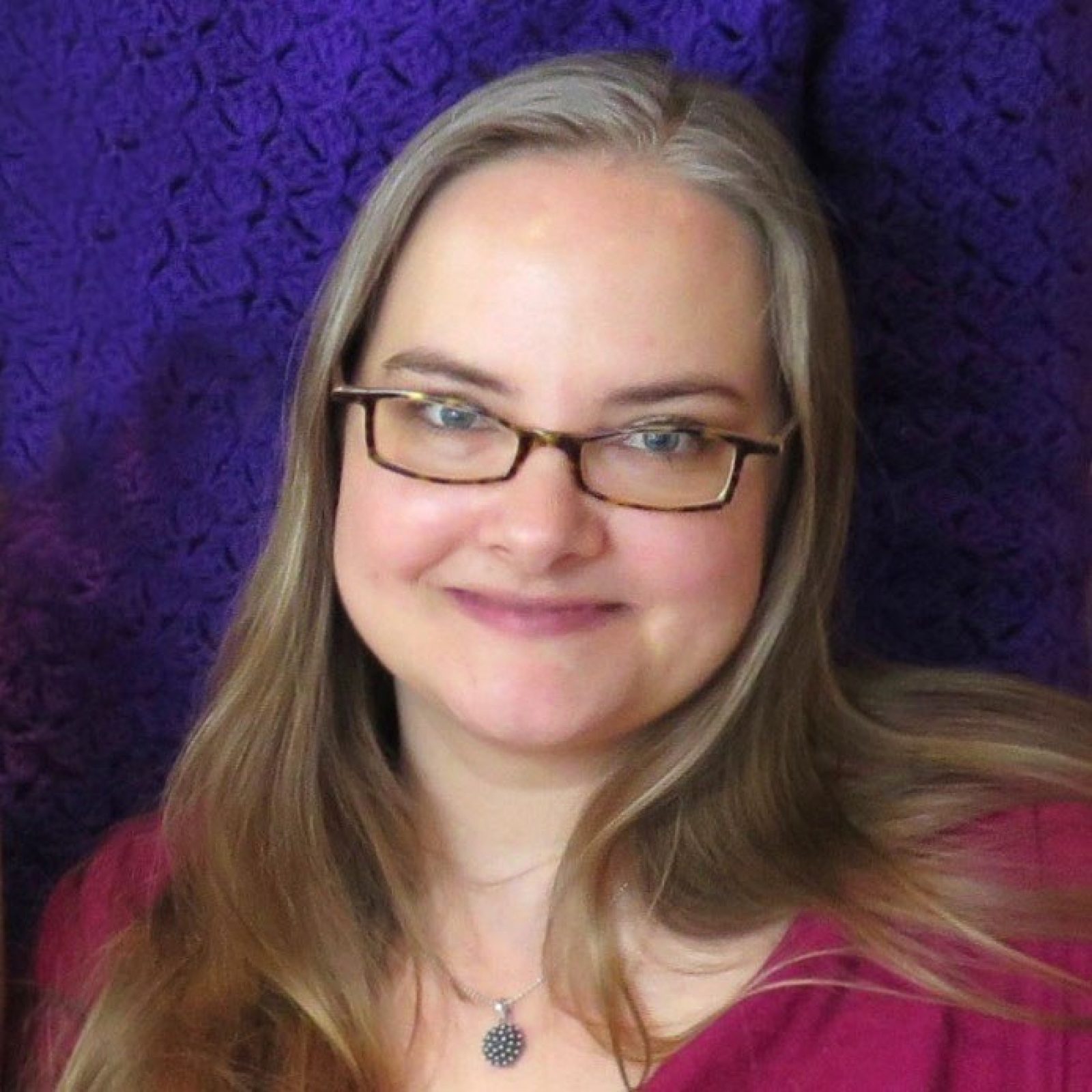 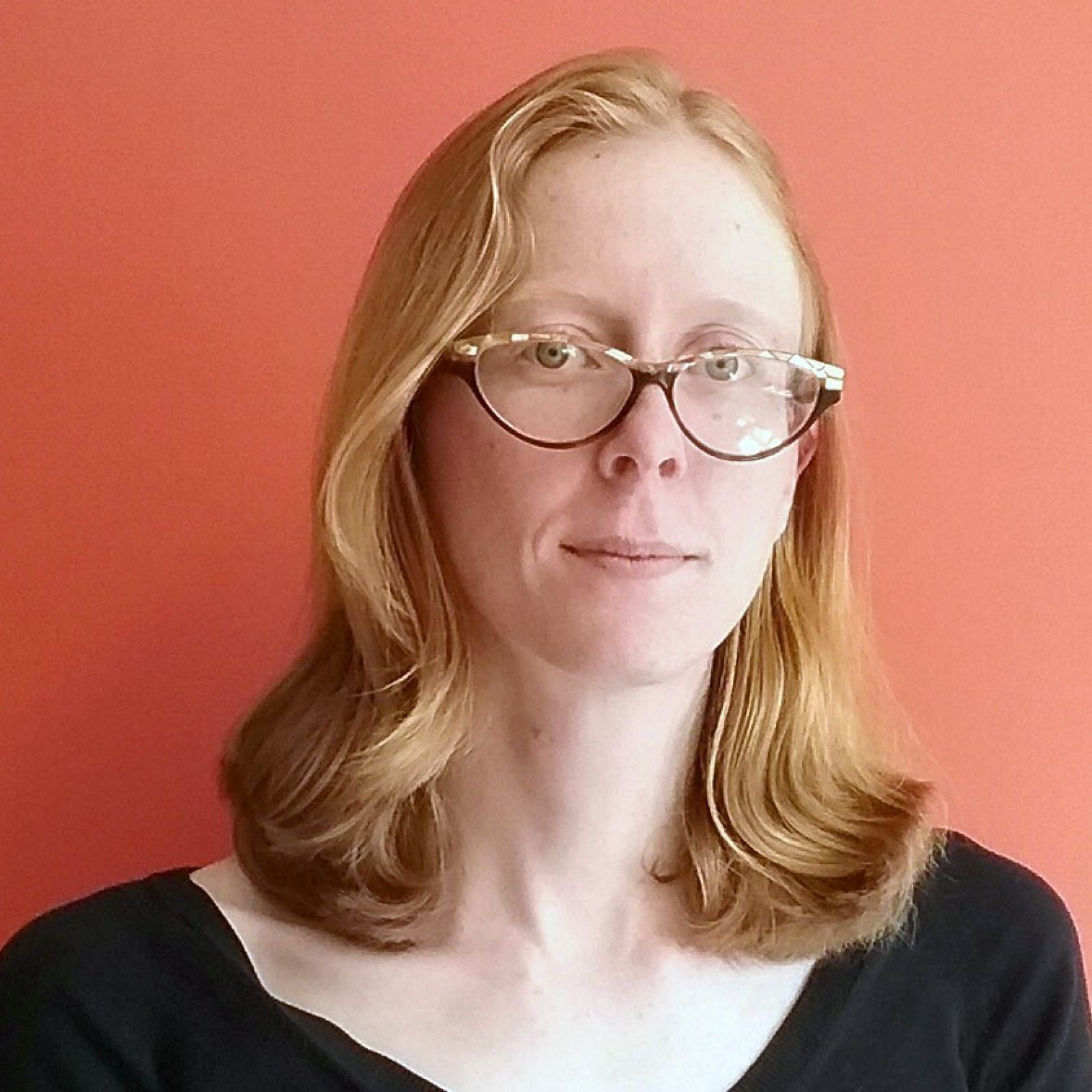 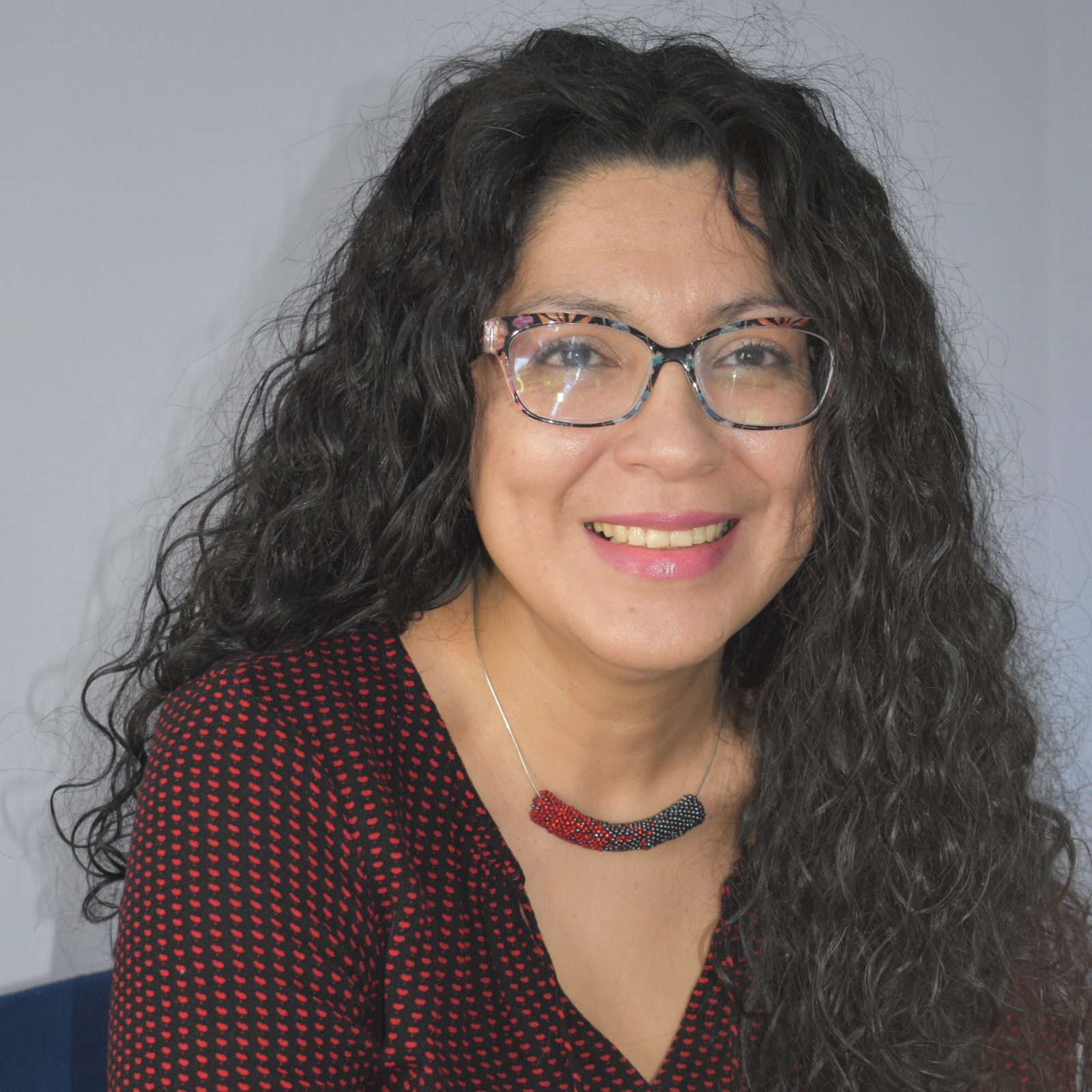