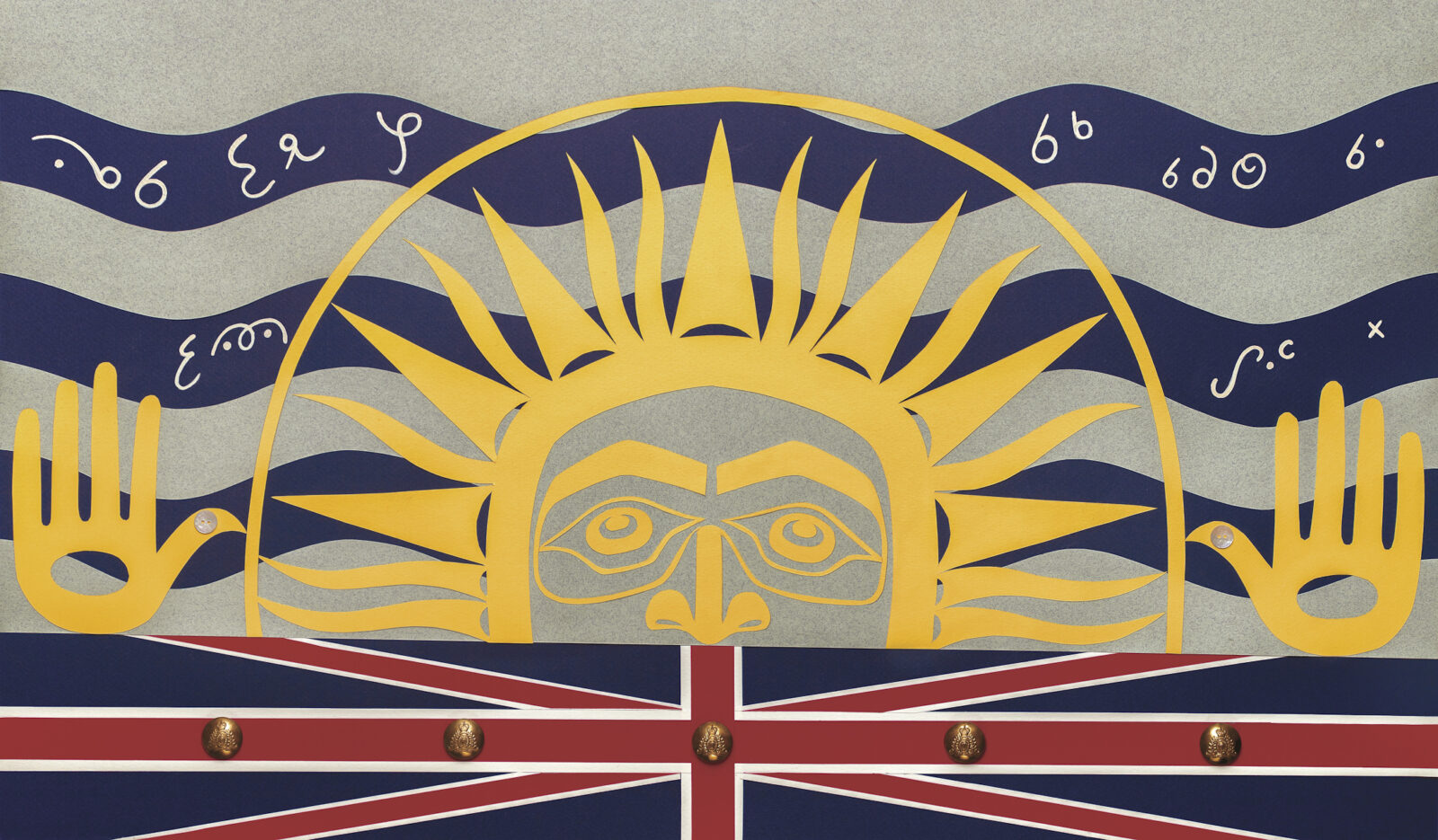 According to early oral history accounts, British Columbia’s flag originally featured the sun over the Union Jack. This flag was distributed to Indigenous nations in the province’s interior as a symbol of early “treaty” or land use agreements, with the Indigenous interpretation that the sun and wavy lines meant the agreements would last “for as long as the sun shines and rivers flow.” But in the early 20th century, to reflect the notion that “the sun never sets on the British Empire,” the positions of the sun and the Union Jack were officially reversed.

In 21st-century protests over land jurisdiction, some First Nations reclaimed the flag’s original version as an assertion of Indigenous land rights and the unresolved issue they constitute. In my version, RCMP tunic buttons along Union Jack’s horizontal line represent the “legal” imposition of colonial authority; the sun is given its original position above the British flag and the text in Chinook Jargon reads, “The sun is setting on the British Empire.”