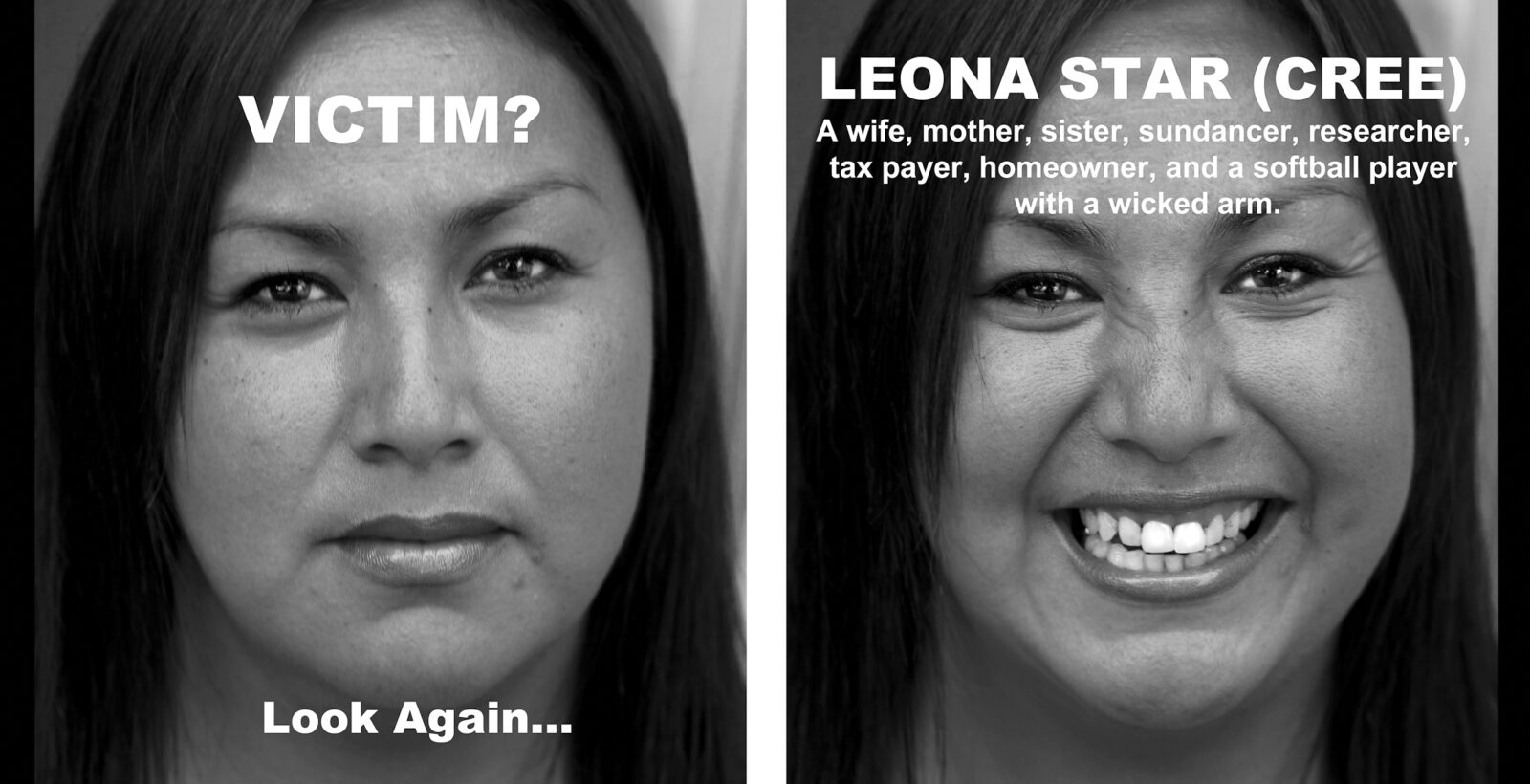 I have always known that there were many Indigenous people in Winnipeg who were leaders in the community or Indigenous people living normal lives. However, their stories never made it into the newspapers or onto social media. Then, during the 2014 civic election campaign, with some of the stories and comments that came forward, I realized how alive racism is in Winnipeg, and how many negative stereotypes of First Nations people are accepted as fact. I decided to ask models to pose for me and offered them a chance to label themselves. In the first photo, I asked the models to think of a time when they experienced racism or discrimination, and to think about how they felt at that time. In the second photo, I asked them to think of something positive — maybe the first time they kissed their partner, or a really special time in their lives. The second photo becomes the actual representation of the person.