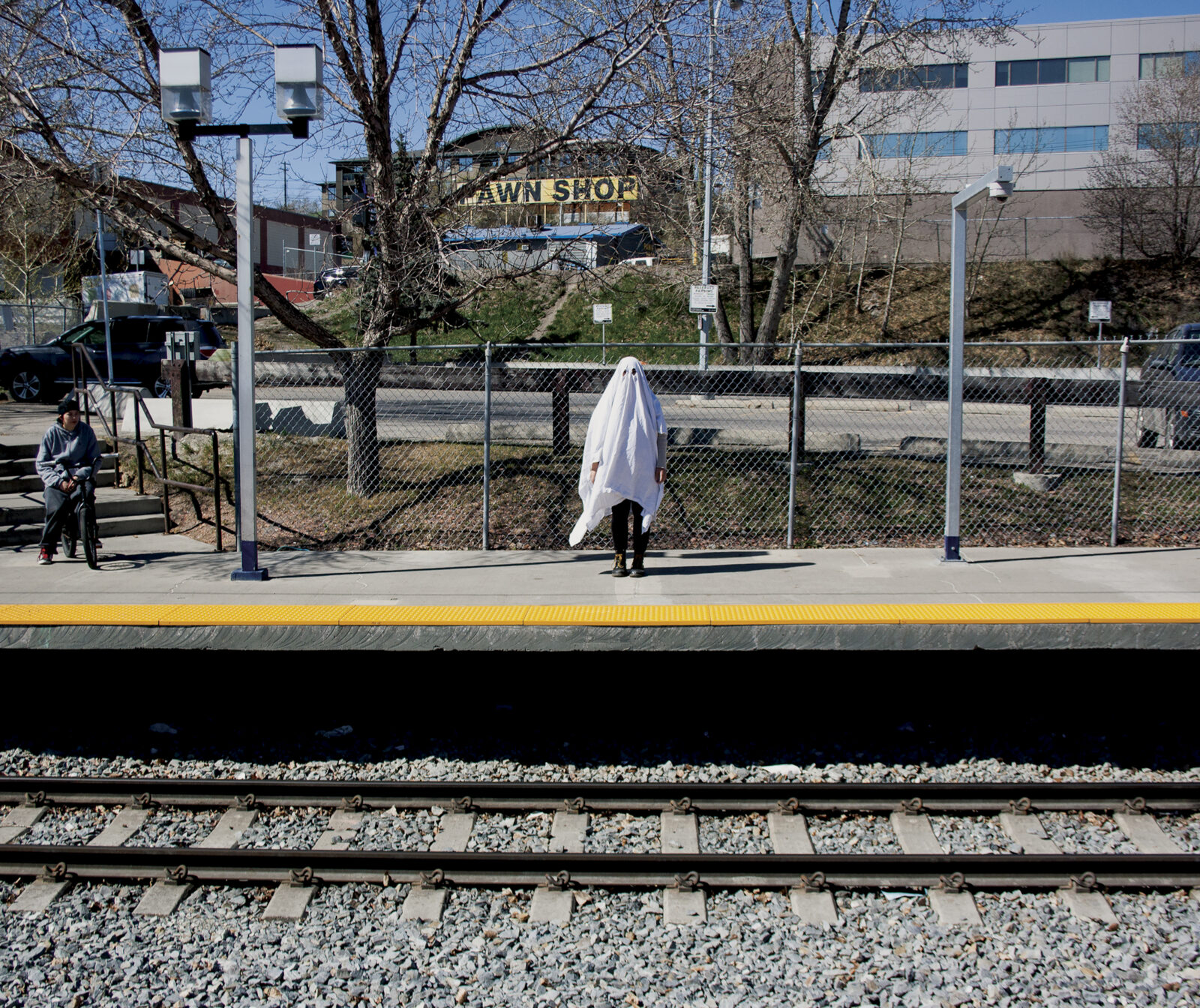 Growing up in Alberta’s capital city, with its Inuit population spread far and wide, I felt a detachment from my heritage that grew over the years. I use the ghost as a proxy to speak to, visualize and come to terms with my cultural disconnect as an urban Inuk and the diaspora I sense, growing up away from my culture.