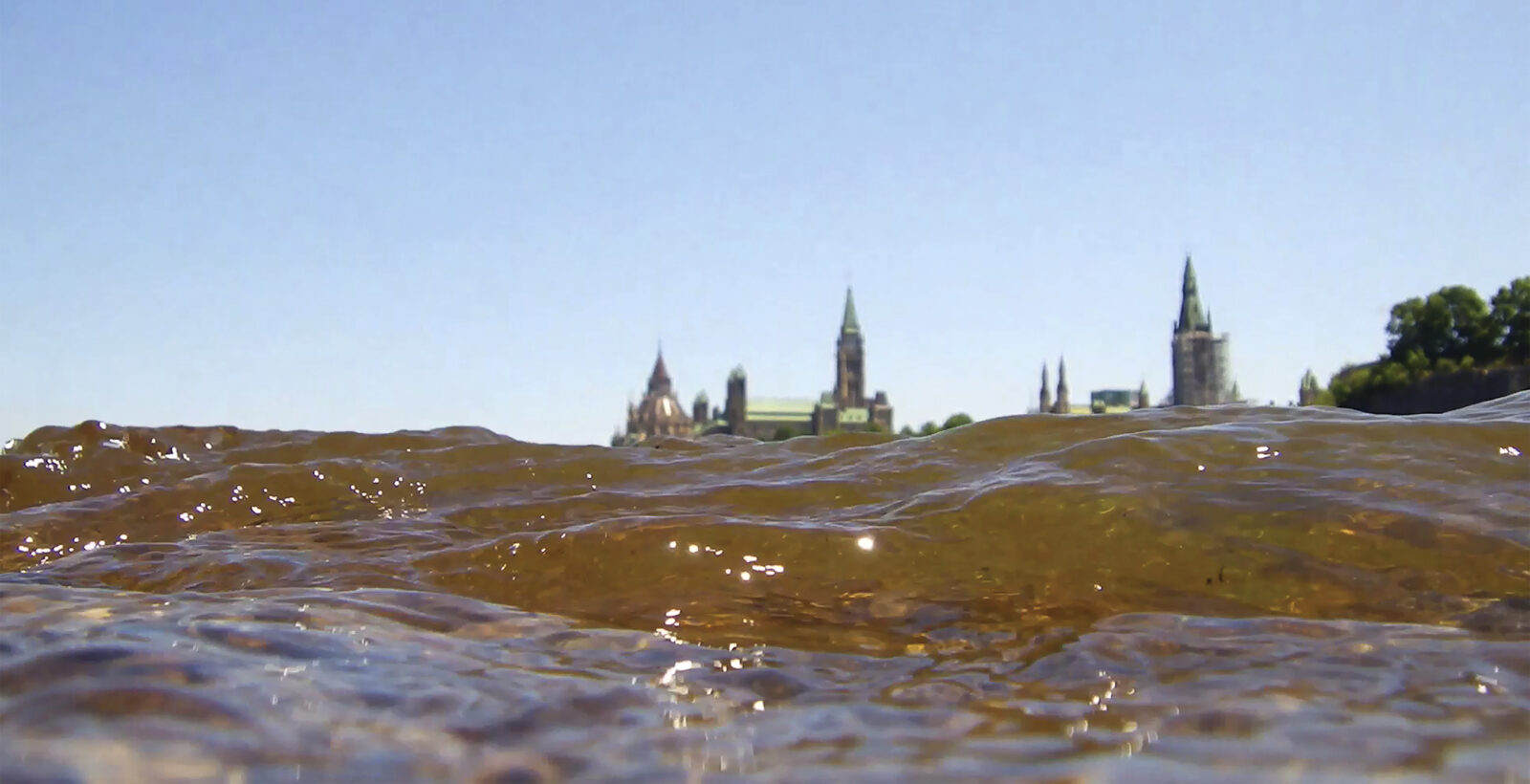 In the spring of 2013, I was in Ottawa for the opening of Sakahan, a global Indigenous art exhibition. I went for long walks, talking about art-making with artist Suzanne Morrissette. We walked to Victoria Island, where Chief Theresa Spence had lived at her protest site earlier that year, right across the water from the Parliament Buildings. Victoria Island is part of a series of islands in the Ottawa River, also known as Asinabka. My water videos started on this island that day. The video of the surface of the Ottawa River conveys perspectives where the water seems to engulf the Parliament Buildings. That summer, I continued shooting images from locations around the Great Lakes. The images evoke imaginings of travelling under the water and emerging through its surface to observe industry, governance, power, everyday life and survival, storms and waves all striking the shore.