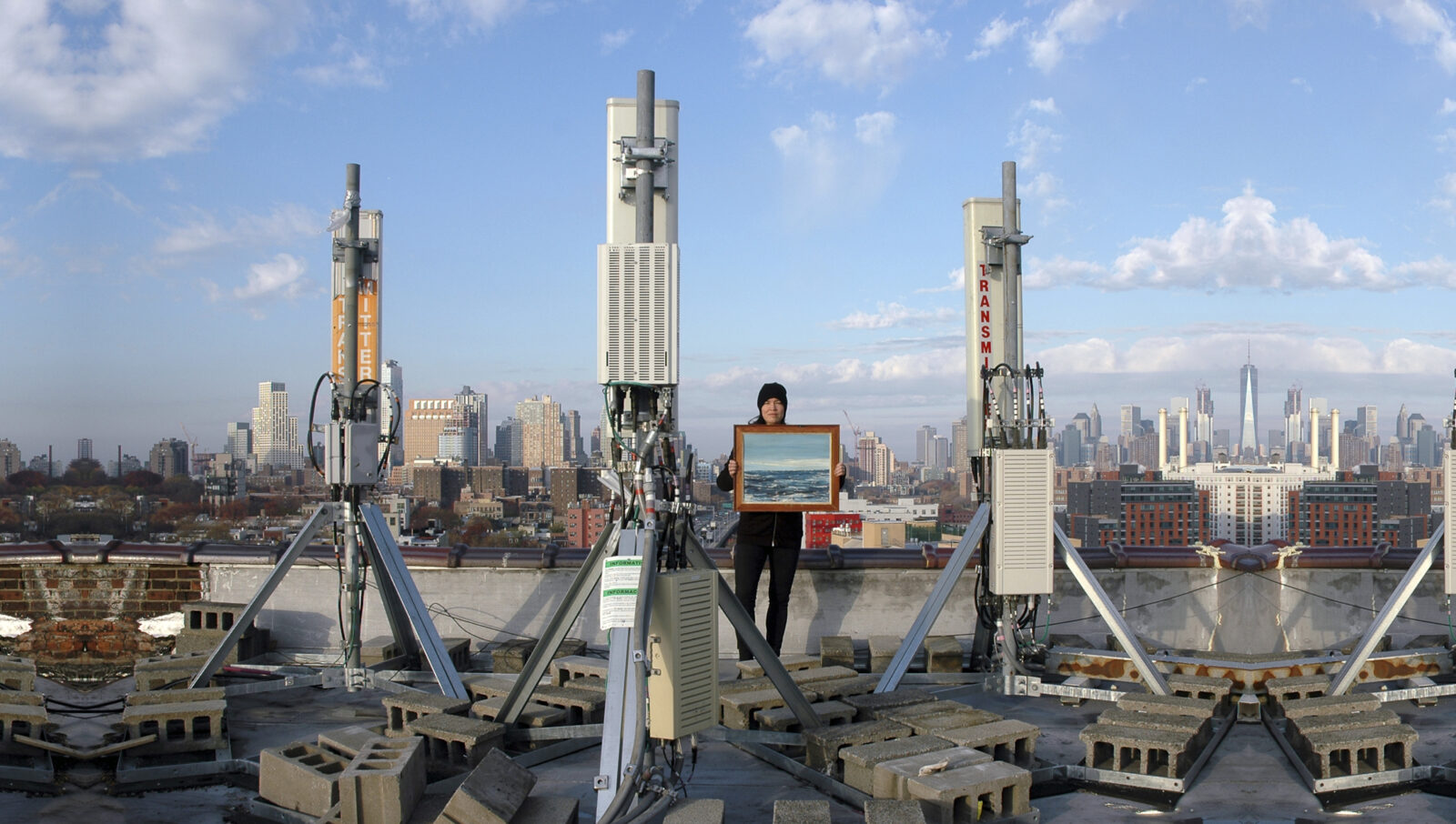 Waaschign is an Anishinaabe word used for window. In this image I copy, flip, slide and paste to create a background that in sections mirrors itself, so as to alter perception. Waaschign is a self-portrait in which I am holding a painting by my late mother, Peggy Miller, of Georgian Bay where I am from.  The image shows the NYC skyline, including the Freedom Tower, from a Brooklyn rooftop at sunrise. Surrounded here by cell phone/internet transmitters, the human body becomes a beacon transmitting a message of intergenerational negotiation of space in the environment by Indigenous women artists.